Everybody, meet Danniel! The giant bovine weighing in at 2,300 pounds is thought to be the tallest and biggest cow in the world. His proud owners are from the Netherlands and have offered some interesting insight into what it’s actually like to look after a cow of Danniel’s size.

According to them, the massive cow eats about 100 pounds of hay, 15 pounds of grain, drinks 100 gallons of water, and produces 150 pounds of droppings. And this is just in a single day. As you can imagine, the costs of raising a cow like Danniel are pretty significant but his owners say it’s all worth it. 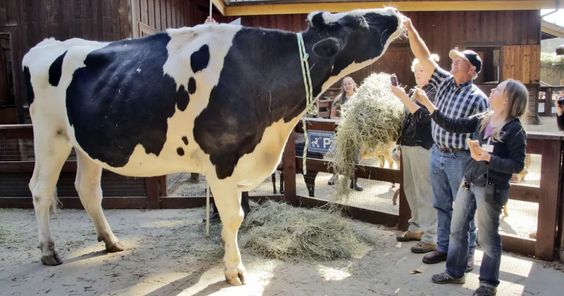 Now, they are trying to get Danniel measured for Guinness World Records in an attempt to have him officially recognized as the world’s tallest bovine. Well, if you ask me, the cow more than deserves this title.

The huge Holstein steer measure a whopping 6 foot 4 inches tall, which is more than the average height of a man. The footage showing Danniel next to humans is jaw-dropping! Also, compared to other fellow cows, the cow is definitely a giant! 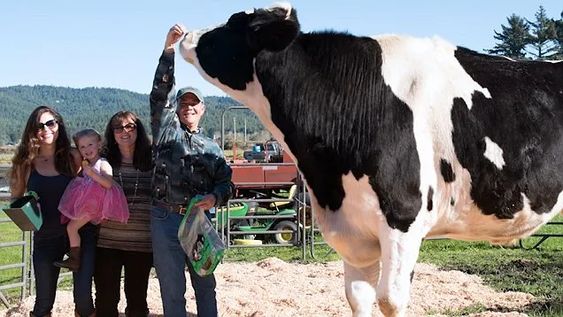 Since images and clips of Danniel have begun surfacing online, people have started expressing their interest to travel to the Netherlands to see the huge cow in person.
This is definitely not something you get to see every day, so make sure to share this clip with your friends who might be curious to see how does the tallest cow in the world look like.